Mumbai: Bollywood actor Vidya Balan turned a year older on Saturday and several friends and co-stars from B-town poured in wishes on social media. Anushka Sharma took to her Instagram Story and posted a stunning picture of Vidya in a red saree.

Taapsee Pannu posted a picture in which she can be seen sharing smiles with the birthday girl.

She wrote, “To the woman who makes me her fan not just on screen but equally off-screen! She will always be the hero I look up to!” 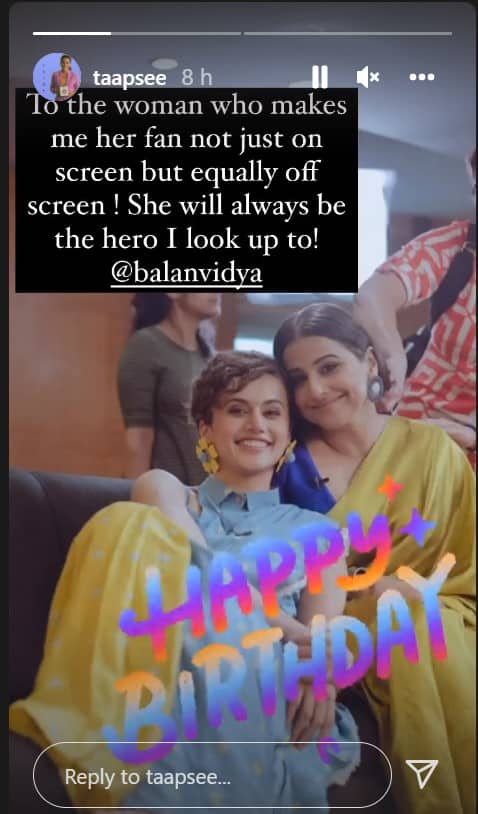 Pratik Gandhi, with whom Vidya will soon be seen in an untitled romantic comedy, took to his Instagram Story and posted a video comprising of pictures of them laughing together. 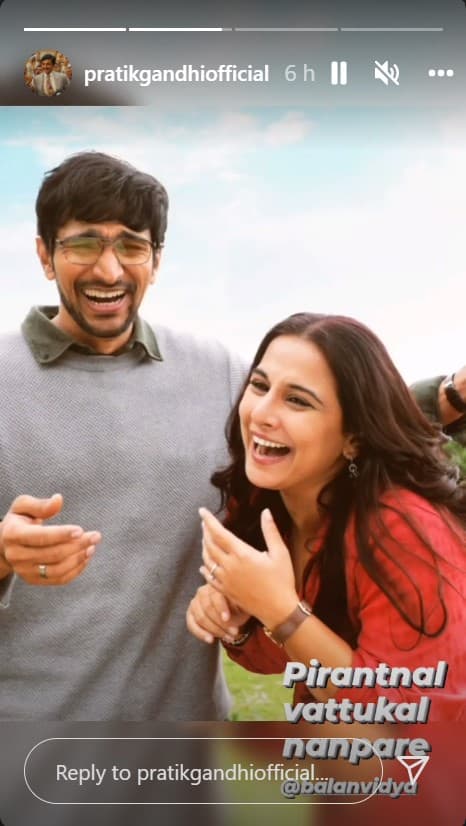 He inserted a happy birthday song in the background.

Vidya Balan is known for pioneering a change in the portrayal of women with her roles in female-led films.

Born in Mumbai to a Tamil Brahmin family, Vidya`s acting journey started from a young age and she had her Bollywood debut in 2005 with the critically-acclaimed romantic film `Parineeta`, co-starring Saif Ali Khan and Sanjay Dutt in the lead roles.

For the uninformed, the recipient of several awards, including a National Film Award and six Filmfare Awards, Vidya had her first acting role in the 1995 hit sitcom `Hum Paanch`, which also starred veteran actor Shoma Anand.

News18 Evening Digest: Missing Nepal Plane with 22 Onboard, Including 4 Indians, Crashes Near Lamche River in Mustang and Other Stories

‘How unnecessary noise was…’: Yogi Adityanath on removal of loudspeakers