Tamannaah Bhatia and director Madhur Bhandarkar sought blessings at Siddhivinayak temple in Mumbai on Tuesday. Their upcoming film Babli Bouncer is all set to stream on Disney+Hotstar on September 23 and ahead of kick-starting promotions, the actor-director duo visited the revered temple in Mumbai and prayed to the almighty. Images of Tamannaah in traditional Indian attire are getting immense love from the fans, who are eagerly waiting for her movie to stream online.

Tamannaah Bhatia steps out in Mumbai in traditional attire

Tamannaah Bhatia opted for a pastel blue salwar kameez as she stepped out in Mumbai for a visit to the Siddhivinayak temple. She tied her hair in a bun and completed her look with dewy make-up. She was accompanied by Babli Bouncer director Madhur Bhandarkar during her latest outing. They were draped in religious cloth and also offered prayers and offerings at the temple. When they were snapped outside the temple premises, both Tamannaah and Madhur were seen wearing tilak on their forehead. The actress smiled brightly as she posed for the cameras. 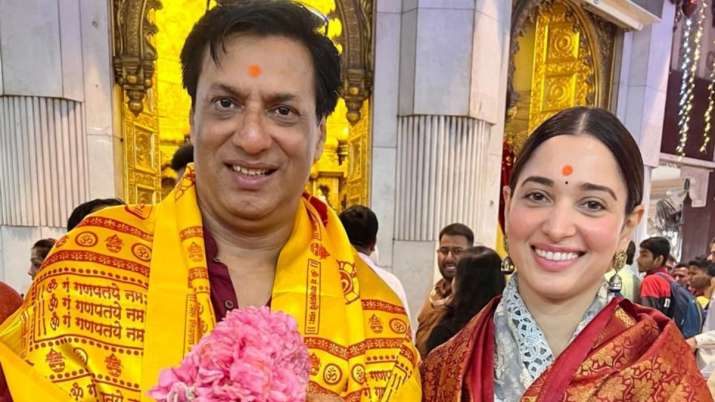 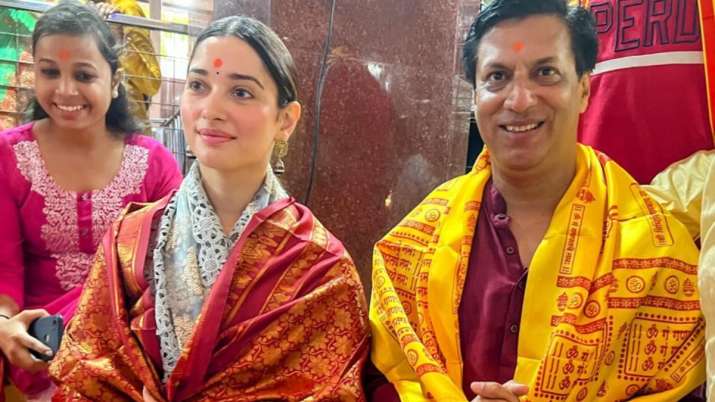 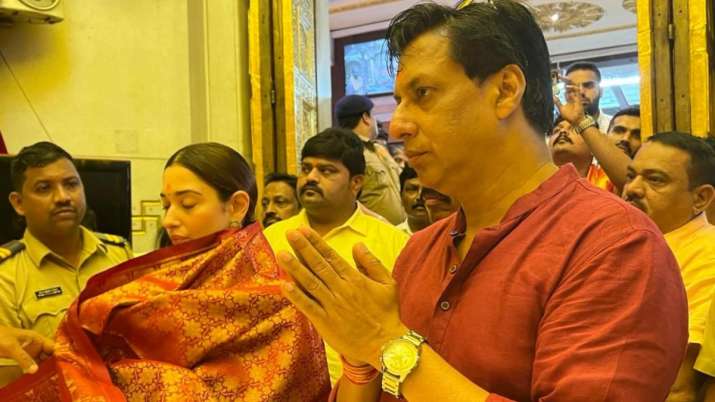 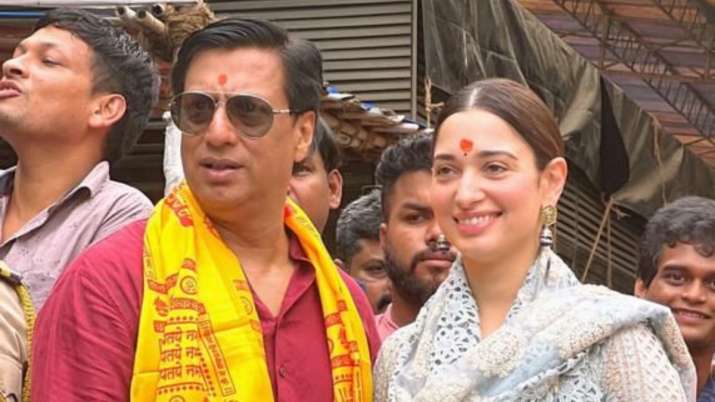 After the 2017 directorial Indu Sarkar, featuring Kirti Kulhari, Madhur Bhandarkar has donned the director’s hat for Babli Bouncer. Apart from Tamannaah Bhatia, the upcoming film also stars Saurabh Shukla, Abhishek Bajaj and Sahil Vaid in pivotal roles. The Star Studios and Junglee Pictures’ project is billed as a coming-of-age feel-good story with a “slice-of-life comedic tone”. The actress took to Instagram, where she also shared the first look of her from the film. In one image, Tamannaah is seen in a bouncer avatar as she is wearing an all-black outfit and standing in front of a door with her arms criss-crossed. “Oye bawale suna kya? Aa gaya hai Babli Bouncer ka time! Dilon ko yeh jodegi, ya khub hadiyaan todegi? Pata chalega jald hi!” she wrote as the caption.

The filming on Babli Bouncer wrapped up in May earlier this year. “For me, the most special thing while shooting for ‘Babli Bouncer’ was that while we were busy shooting a film, we were also creating and living a parallel real life which was filled with goodness, positivity and people who were supportive and idealistic. This energy helped me translate my emotions on screen. Madhur (Bhandarkar) sir really makes my belief of “temperament over talent” stronger because for me talent isn’t sustainable if the temperament is not right,” the actress said.

Gandhi’s Life Reveal Timeless Pathway to More Tolerant World, Sadly Our World is Not Living Up to His Values: Guterres

‘We would have got Shivaji Park for Dussehra if…,’ Eknath Shinde’s BIG statement