Sara Netanyahu threatened to commit suicide over a meeting regarding pool renovation plans, while heaping verbal abuse on an assistant to two billionaires accused of plying the Netanyahus with expensive gifts, the assistant told Jerusalem’s District Court Monday.

Hadas Klein, the personal assistant of Hollywood producer Arnon Milchan and an aide to Australian billionaire James Packer, also detailed  the continuous conveyor-belt of gifts the Netanyahus requested and received, including a diamond-studded bracelet worth nearly $50,000.

Klein, a key witness for the state prosecution in Netanyahu’s corruption trial, was testifying for the third time regarding Case 1,000 of the former premier’s trial, relating to the luxury gifts he received and any quid pro quos he may have provided in return.

During Monday’s hearing in the Jerusalem District Court, Klein detailed how Sara Netanyahu had sought to have a pool at her family’s private home in Caesarea renovated at the state’s expense, a plan Netanyahu ultimately stymied.

She testified that Gal Gefen, the head of Milchan’s household in Israel who was also working as a building inspector for Packer’s new home in Caesarea, told her that Sara had requested he come to a meeting with the director of the Prime Minister’s Office.

Klein told Gefen not to go since he was already working for Milchan and Packer, and phoned Sara to tell her of the situation.

“I got an outpouring of screaming and shouting, a really difficult phone call,” testified Klein. “She needed to scream that because of me she would be late to work and she doesn’t have my salary and that she would commit suicide and write a [suicide] letter.”

A couple of hours later, the then-prime minister called Klein and said she should let Sara have whatever she wants since it was legal. But months later, when Sara told Klein that the state would pay to have their private pool resealed if Gal’s price quote of NIS 120,000 ($34,400) dropped under NIS 100,000 ($28,700), Klein arranged a meeting with Netanyahu, but not his wife, to explain the situation.

“I told this to Netanyahu and he banged on the table and said it wouldn’t happen,” she said.

Klein also testified about how Packer’s assistant bought a diamond-studded bracelet worth $46,000 for Sara Netanyahu, after she requested “something beautiful,” ahead of the couple’s anniversary. 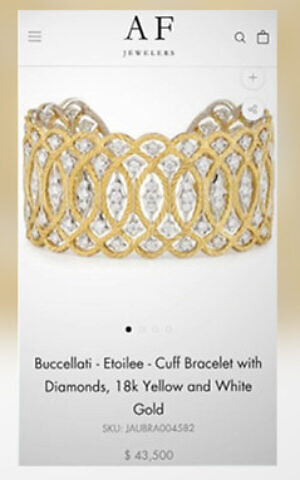 “Ian Morris [Packer’s assistant] called me and said ‘I bought some amazing jewelry for Mrs. Netanyahu’ and he told me how much it was and I was shaken and I said ‘That’s crazy,’” Klein told the court.

Milchan, who originally was going to split the cost of the jewelry Sara had requested, was similarly worried about the high value of the gift and decided not to participate in the cost of the bracelet. Klein said he subsequently instructed her to obtain the receipt from Morris and give it to Sara, but that when she tried to do so the then-prime minister’s wife refused to accept it.

Klein also testified about earrings worth thousands of shekels that Sara had requested from Milchan, as well as high-end jackets from North Face and Columbia, and shirts from Brioni worth “several hundred pounds sterling each.”

Klein’s testimony has mostly revolved around the various gifts she helped arrange for the Netanyahus, as well as the former premier’s alleged willingness to intervene on behalf of Milchan, including when he tried to renew his US visa.

While on the stand, Klein mentioned an incident in which Milchan seemingly intervened to help Yossi Cohen, a Netanyahu confidant who would go on to head the Mossad, secure the post of National Security Council head. 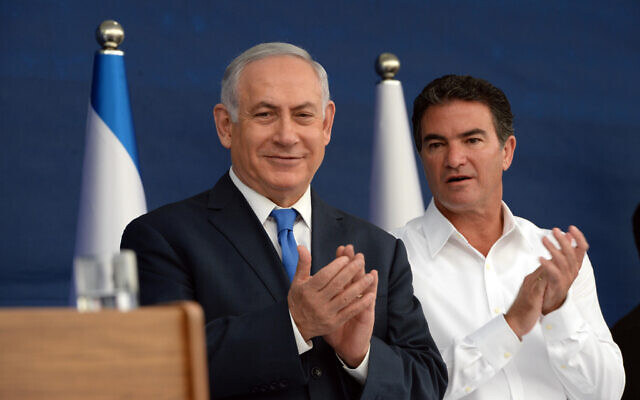 Prime Minister Benjamin Netanyahu (left) and head of the Mossad Yossi Cohen, during a toast ceremony for the Jewish New Year, on October 2, 2017. (Haim Zach/GPO/File)

Cohen was present at private visits made by Netanyahu to Milchan’s home in Beit Yannai, Klein said last week.

Klein said Cohen contacted Milchan about his interest in the position and that Milchan had told Cohen he would talk to Netanyahu about it, according to Milchan.

Klein said Milchan phoned her on a subsequent Friday and told her to tell Cohen that he had spoken with Netanyahu and Sara, and that they had agreed to Cohen’s appointment.

Klein is set to be cross-examined by Netanyahu’s defense attorney’s on Tuesday.