“It is my decision and I reached it taking into consideration all the important implications [surrounding such as decision] brought before me,” Michaeli told Channel 12 on Friday.

After over a decade of work and several delays, the first of three lines of the new light rail system is set to open in November. The Red Line will travel from Bat Yam to Petah Tikva via Tel Aviv-Jaffa, Ramat Gan and Bnei Brak, an ultra-Orthodox suburb where even cars are generally prohibited on Shabbat.

The move by Michaeli, leader of the progressive Labor party, would upend longtime norms which prohibit public transportation on the Jewish day of rest in nearly all Jewish-majority cities, but comes after years of complaints by residents of the secular, liberal stronghold that the weekly shutdowns are a form of religious coercion.

It is not yet clear if a simple announcement by Michaeli is enough to put the wheels in motion for public transportation on Shabbat. Israelis are headed to the polls again on November 1, for the fifth election in under four years, and Michaeli’s Labor is part of the center-left bloc headed by Prime Minister Yair Lapid of Yeth Atid.

“Israeli citizens deserve an end to the siege over weekends,” she said in a statement at the time, noting that the move would take cars off the road and end unfair restrictions on people who want to travel over the day off but are trapped by a lack of transportation options.

“Today, more and more of the Israeli public needs public transportation during the weekend, wants it, and many of those who will not use it also support it. It is our duty to make it happen,” she said.

Politicians from religious parties quickly weighed in, bashing the plan and accusing Michaeli of using the issue to score points with voters. Religious Zionism MK Bezalel Smotrich, a former transportation minister, called her a “failed minister” and Shas MK Moshe Arbel said the party would file a petition against her.

On Saturday night, Smotrich said: “Instead of dealing with the transportation catastrophe that all Israeli citizens suffer from, Merav Michaeli prefers to spread empty slogans.”

Smotrich said that in a future right-wing government, “we will make sure to cancel any decision that harms the Jewish character of the country and we will preserve the Sabbath and its sanctity as the national day of rest.”

Aryeh Deri, head of the Shas party, called Michaeli “a failure in everything to do with transportation and the traffic plague in Israel.”

He accused her of trying to score points with voters “while trampling on Shabbat and the Jewish identity of the country.” He too vowed to undo any such decision as part of a potential future right-wing government headed by opposition leader Benjamin Netanyahu.

“We will maintain the status quo and the sanctity of the Shabbat,” added Deri.

In a tweet on Saturday, Michaeli said all these politicians “together don’t scare me.”

“If it were up to you, the airport would also be closed on Shabbat. I will continue to fight for the truth and for my values ​​and those of the majority of the people in the State of Israel,” she wrote. 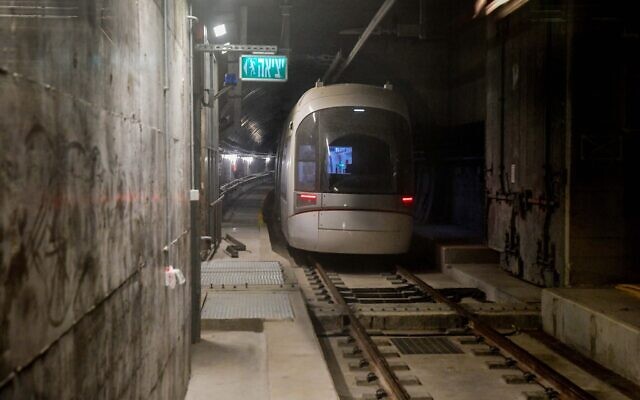 In Israel, buses and trains do not generally run in Jewish-majority cities on Friday night and Saturday before sundown.

The practice was born of an agreement reached between the ultra-Orthodox community and Israel’s first prime minister, David Ben-Gurion, before the formation of the state.

In 2019, the Tel Aviv municipality launched an initiative that provided public transportation over Shabbat, offering minibus services to residents of the city and surrounding areas. That project ended when the COVID-19 pandemic began.

A poll by the Hiddush advocacy group conducted in the wake of the Tel Aviv initiative found that, among Jewish Israelis, 71 percent were in favor of transportation on weekendsincluding 94% of secular Israelis.

I’m proud to cover Israeli arts and culture for The Times of Israel. My beat shows ‘the other side’ of life here, with inspiring artists of all stripes — musicians, painters and writers, chefs and winemakers, filmmakers and screenwriters.

Israelis’ creative spirit somehow thrives despite all the obstacles this tiny nation has faced. I’m privileged to share these fascinating stories with ToI readers and listeners, increasing your awareness of the remarkably vibrant Israeli arts community.

Your support, through The Times of Israel Community, helps us to continue providing surprising, impressive stories like mine to readers around the world. Will you join our Community today?