Indian cricket team won their first test match against South Africa on Thursday and Bollywood megastar Amitabh Bachchan was the first ones to share a congratulatory note for the winning team. The Indian cricket team, led by Virat Kohli signed off 2021 with a 113-run win over SA in the first Test at SuperSport Park. The win is also Indias first-ever Test victory at the venue, which is largely considered to be a fortress for South Africa.

“Come on India…Beat South Africa in Test… Congratulations team… so proud of you… no longer the emerging India… it’s the young emerged India!” he tweeted.

Bollywood actress-producer and Virat’s wife Anushka Sharma too celebrated the win. She shared a photo of her cricketer husband. Taking to Instagram, Anushka posted an adorable picture of Kohli and captioned it as, “Enjoying the view in SA.” In the image, Kohli can be seen happily posing for the camera. 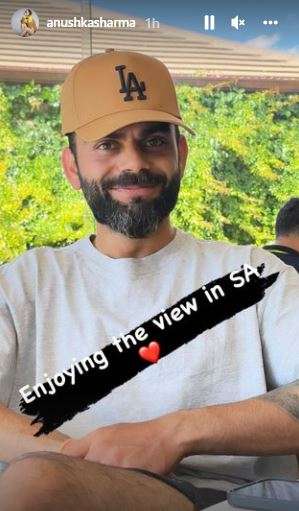 Boman Irani also rejoiced over India’s win. He tweeted, “Well done India. Made it look easy. Keep the pressure on. You have the goods for a series win!!!!!”

The two teams will next lock horns in the second Test in Johannesburg from Monday.

Avika Gor On Battling Body Image Issues As A Teen: ‘I Hated Myself So Much’

To Locals’ Delight, Migratory Birds Flock to Nirmal in Telangana