Monday’s fatal drone attack on oil facilities in  Abu Dhabi and the Gulf state’s reticence to directly blame Tehran lays bare Emirati vulnerabilities in the face of Iran and its proxies.

The proximate cause of the attack, claimed by Houthi rebels in Yemen, is no mystery.

The civil war in Yemen escalated over the past two weeks, as the Saudi-led coalition undertook a major offensive to capture strategic provinces in central Yemen. The UAE-backed Giants Brigades militia played a central role in the capture of the oil-rich Shabwa Governate.

Since they revealed their drone capabilities in 2017, the Houthis have focused their attacks on the Saudis, not the UAE. Still, they made sure to caution the Emiratis against escalation.

“Targeting the UAE depends on military developments on the western front,” said a Houthi-allied journalist in 2019. “There is an understanding with Abu Dhabi not to escalate the situation in western Yemen through their allies. Otherwise, Houthis will have a strong response and will come after Abu Dhabi’s ports and airports.”

The Houthis clearly feel that the Emiratis recently violated understandings between the sides, even after they seized a UAE-flagged ship in the Red Sea, where it is still being held.

Though the UAE says it withdrew its military forces from Yemen in February 2020, it still backs tens of thousands of proxy fighters in the civil war. It also controls strategic Yemeni islands, and is building ports and airfields.

“The timing was not surprising actually, because things have been moving toward escalation,” said Moran Zaga,  an expert on the Gulf region at Mitvim — The Israeli Institute for Regional Foreign Policies.

“Clearly it’s a message from Yemen to the Emirates on the costs of escalation inside the country,” said Katherine Zimmerman, a fellow at the American Enterprise Institute.

Still, she said, viewing the attacks solely within the context of the conflict in Yemen is short-sighted. “That comes from the Houthis increasing alignment with Iran and its axis of resistance, and the growing threats we see from the Houthis to other regional actors, including Israel.”

The Houthi relationship with Iran is different than that of other proxies, as they see themselves more as partners with the Islamic Republic. But Houthi interests are increasingly allied with Iran, said Zimmerman, and they have adopted Iranian narratives about the West’s malign influence in the region. 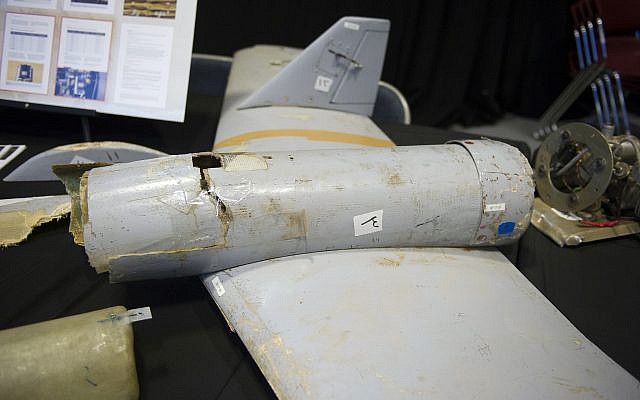 Illustrative: The remains of an Iranian Qasef-1 Unmanned Aerial Vehicle, used as a one-way attack UAV to dive on targets and then detonating its warhead, which was fired by Yemen’s Iran-backed Houthi rebels into Saudi Arabia, according to then-US ambassador to the UN Nikki Haley during a press briefing at Joint Base Anacostia-Bolling, December 14, 2017, in Washington. (AP Photo/Cliff Owen)

Most analysts believe that though the attacks were directed by the Houthis, Tehran had some involvement.

“I think they at least had to inform Iran, to get some sort of approval,” said Yoel Guzansky, a senior research fellow at the Institute for National Security Studies in Tel Aviv. “But the initiative here, and the trigger, the rationale is Yemeni.”

But Iran might have had more involvement than most assume. Shortly after the attack, a Houthi delegation met with Iranian President Ebrahim Raisi in Tehran. They met Iran’s Foreign Minister in Oman days before to discuss the fighting in Yemen.

Moreover, the Houthis have claimed attacks in the past that many believe were carried out by Iran.” Many recalled the attack against the Aramco facilities in Abqaiq in September 2019, for which the Houthis claimed responsibility, but with which a United Nations committee later disagreed,” pointed out Carnegie Middle East Center scholar Ahmed Nagi. 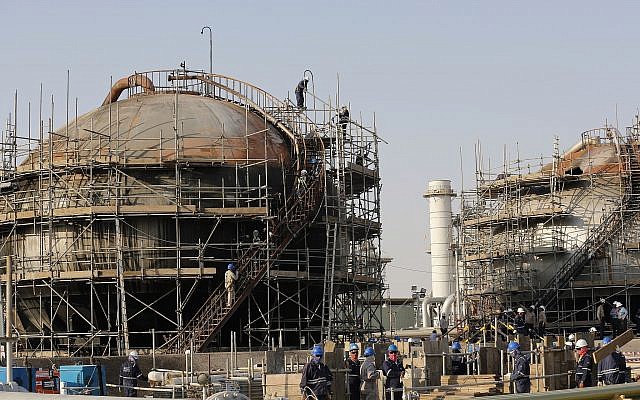 During a trip organized by the Saudi information ministry, workers fix the damage in Aramco’s oil separator at processing facility after the September 14 attack in Abqaiq, near Dammam in the Kingdom’s Eastern Province, September 20, 2019. (AP Photo/Amr Nabil)

“It’s hard to imagine that an attack on that level could be done alone at that distance,” said Zaga. “It’s a pretty primitive guerrilla group.”

The Abu Dhabi strike comes as Iran holds a series of talks with the Saudis, and sits with Western negotiators in Vienna for negotiations on a return to the 2015 nuclear deal.

“It’s a show of force,” said Guzanky. “This is exactly what they do. On the surface, they have good connections with the Emiratis and everyone is playing nice, but they have leverage on everyone. They don’t declare, but there is a force in Yemen, and elsewhere like Iraq, that serves Iranian interests.”

The Emiratis seem to be taking care not to escalate in their response, as officials in Abu Dhabi are not mentioning Iran at all in their post-attack statements.

Above all, the UAE wants to maintain regional stability so that it can continue to shift its economy away from oil and gas. It doesn’t want to throw off talks with Iran, which it sees as a key to calming the region.

In addition, Expo 2020 is underway in Dubai, a major priority for the UAE as it moves its economy into the future.

The apprehensive response is also a sign of UAE weakness in the face of Iranian threats. In addition to Iranian threats to its shipping, now Abu Dhabi must contend with aerial threats from the west. 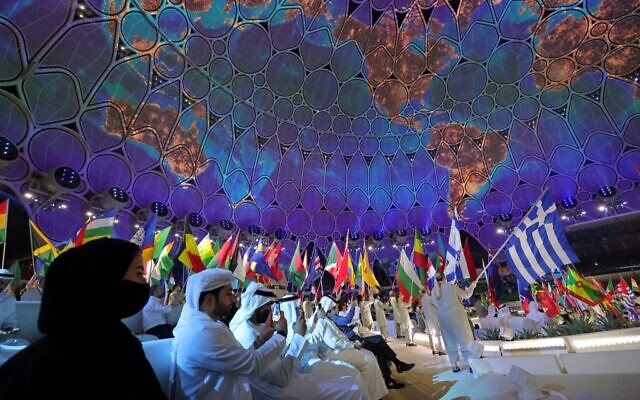 It chose a similar path after the May 2019 attacks on oil tankers in Emirati waters.  In the ensuing months, the UAE announced it was leaving Yemen, sent a delegation to Iran, and declined to blame Tehran even as their Saudi allies pointed a finger squarely at the Islamic Republic.

“They don’t want to operate alone, because then all the weapons are pointed at them,” said Zaga.

The Emiratis are instead trying to bring together an international coalition to respond in Yemen. After the strikes, the UAE Foreign Ministry website focused on condemnation of the attack from regional leaders.

A firm US response would embolden the Emiratis, but such a reaction is unlikely. The Biden Administration is determined to come to a deal with Iran in Vienna, and has separated out the nuclear issue from Iran’s support for armed groups like the Houthi.

A time to support

Though Monday’s attack doesn’t directly involve Israel, officials should be paying attention. The range and accuracy of Houthi rockets and UAVs are increasing, and they can strike increasingly close to Israel. Even if they can’t yet hit Israel, the Houthi can disrupt Israeli shipping in the Red Sea and the Gulf of Aden. 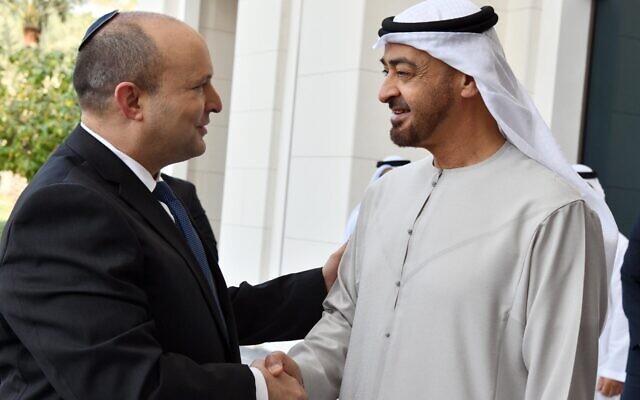 With its wealth of experience in missile defense and UAVs, Israel has much to offer its new Emirati partners.

On Tuesday, Prime Minister Naftali Bennett “ordered the Israeli security establishment to provide their counterparts in the UAE with any assistance” that could help to protect against future attacks.

“Israel stands with the UAE,” he wrote in a letter to Bin Zayed. “I stand with [Crown Prince] Mohammed bin Zayed. The world should stand against terror.”

Even if any aid is turned down, the gesture will not go unnoticed.

“We can earn a lot in our relationship by standing by them in their time of need,” stressed Guzansky.