Party workers celebrated at Odisha BJP’s headquarters today, a day after the NDA picked Droupadi Murmu as its candidate for the upcoming presidential polls.

The state leaders also heaped praise on PM Modi and BJP chief JP Nadda for picking a woman from a tribal community to be its presidential candidate. 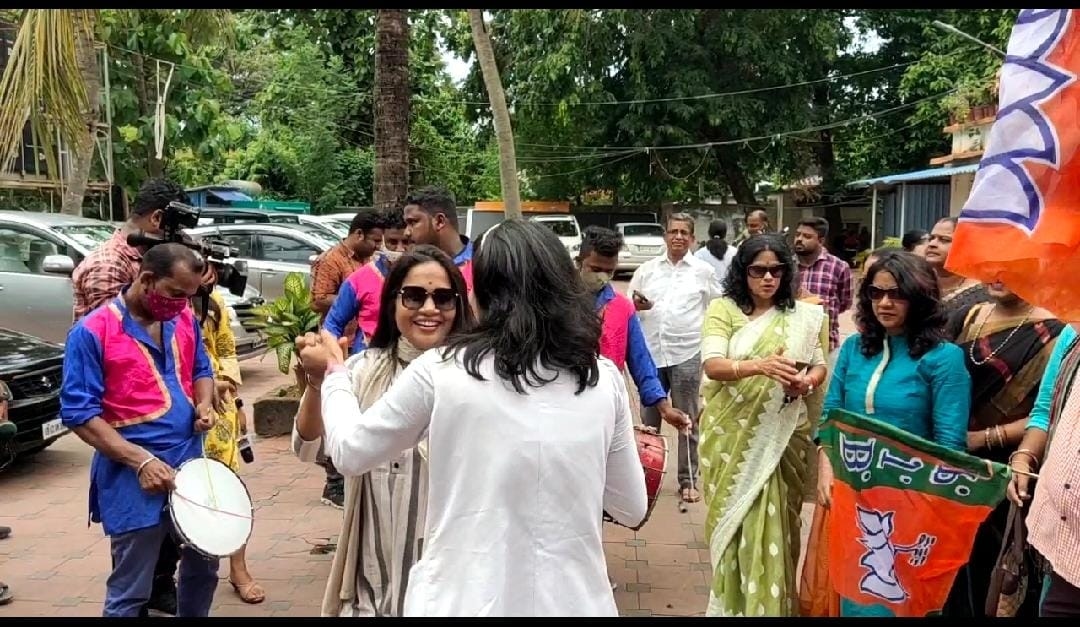 Former Minister and Senior BJP Leader KV Singhdeo told India Today, “First of all, I would like to thank Prime Minister Narendra Modi and BJP national president JP Nadda on behalf of the 4.5 crore people of Odisha for considering an Adivasi woman as a presidential candidate.

“It is a historical moment that, for the first time, India has chosen a presidential candidate who is both– tribal and woman. If elected, Droupadi Murmu will become the first Indian President from a tribal community,” he added.

On Odisha’s ruling Biju Janata Dal’s (BJD’s) support, Singhdeo said, “If you read the tweet of Chief Minister Naveen Pattnaik, you can feel the excitement shown in his tweet, as Naveen babu has always tried to promote women and tribal people. He will not want to go against the people of Odisha. His party will definitely support Droupadi Murmu as the presidential candidate.”

On Wednesday, Odisha CM Naveen Patnaik tweeted an appeal to all the state legislators to extend unanimous support to elect Droupadi Murmu as India’s next President, calling her “daughter of the state”.

“Appeal all the members of Odisha Legislative Assembly, cutting across party lines, to extend unanimous support to elect the daughter of Odisha – Smt Draupadi Murmu to the country’s highest office,” Patnaik wrote in a tweet.

Appeal all the members of Odisha Legislative Assembly, cutting across party lines, to extend unanimous support to elect the daughter of #Odisha – Smt #DraupadiMurmu to the country’s highest office.

Patnaik said he was “delighted” when Prime Minister Narendra Modi discussed Murmu’s candidature with him.

Congratulations Smt #DraupadiMurmu on being announced as candidate of NDA for the country’s highest office. I was delighted when Hon’ble PM @narendramodi ji discussed this with me. It is indeed a proud moment for people of #Odisha.

The 64-year-old Murmu was twice elected as a BJP legislator from Odisha and was a minister in the Naveen Patnaik cabinet when the BJP supported the Biju Janata Dal (BJD).

Oppo Reno 8 Series Coming To India On July 18: Here’s What To Expect