Air pollution has been on a rise consistently in the country, be it in the national capital region due to stubble burning or in other parts of the country due to pollution from vehicles, factories, etc. Vehicles are a major pollution contributor, producing significant amounts of nitrogen oxides, carbon monoxide, and other harmful emissions. Hence, as a measure to curb pollution from vehicles, electric buses, EV two-wheelers, and four-wheelers also came into being. Most EV makers are focusing on making 2-wheeler or 4-wheeler EVs but here Altigreen is focusing on making 3-wheeler EVs for a better future.

We recently visited the Altigreen’s factory in Malur, Bengaluru, and here’s how the EV makers are focusing on bringing a change. From designing the product in India to making batteries as per Indian weather conditions/ temperature, Altigreen is producing three-wheeler cargo vehicles that are meant for Indian roads.

Here’s all you need to know about the Altigreen’s three-wheeler cargo vehicles:

Altigreen makes its cargo 3-wheeler electric vehicles as per Indian roads and Indian weather conditions to give riders the best possible experience. It drives in with the highest speed of 53 kmph and 810 Nm torque. To get a grip and dodge potholes on Indian roads, the tyres come with better grip with larger 145 R12 radial tyres. It has 20 percent more space for cargo, with the highest ground clearance of 220 mm.

Made as per Indian weather conditions, the battery of these three wheeler cargo vehicles comes with a capacity of 151 kWh giving it a certified range of 151 km. Though the on-road range is reduced to 120 km, the battery generates max power of 8.25 kW and a peak torque of 810 Nm. The battery can be fully charged in 3 hours and 30 minutes. All of this put together gives it a top speed of 53 kmph. 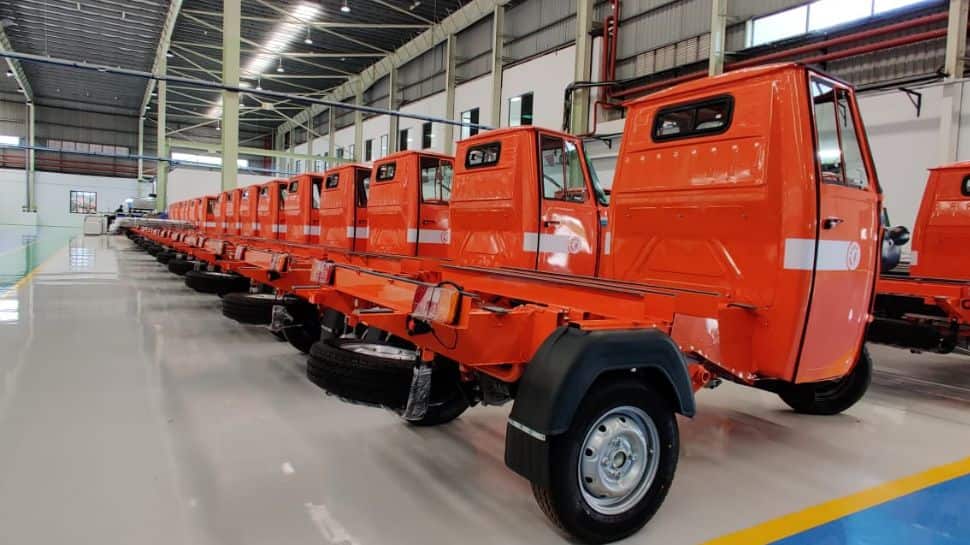 These three-wheeler cargo EVs have a centered battery with dual-suspension, curved windshield, larger capacity battery with a longer life, and gearless driving.