Producer Sajid Nadiadwala recently pulled a casting coup and roped in Gen-Z sensations Varun Dhawan and Janhvi Kapoor for ‘Bawaal’, a love story directed by Nitesh Tiwari. While the film has definitely piqued our curiosity with the two actors sharing screen space for the very first time and the fact that it’s helmed by an ace filmmaker like Nitesh who had earlier made films like Dangal and Chhichhore, the recent leaked picture of Varun Dhawan from the sets of ‘Bawaal’ has left us excited!

The actor was seen riding a Royal Enfield, and looked dashing and ripped in the image, as he was clicked on the streets of Lucknow where the film is currently being shot. He is dressed in a blue shirt and looks as handsome as always. It also seems like he has beefed up for the role. Interestingly, the mega-canvas film will be shot across 3 Indian locations and 5 European countries, including the city of Paris. 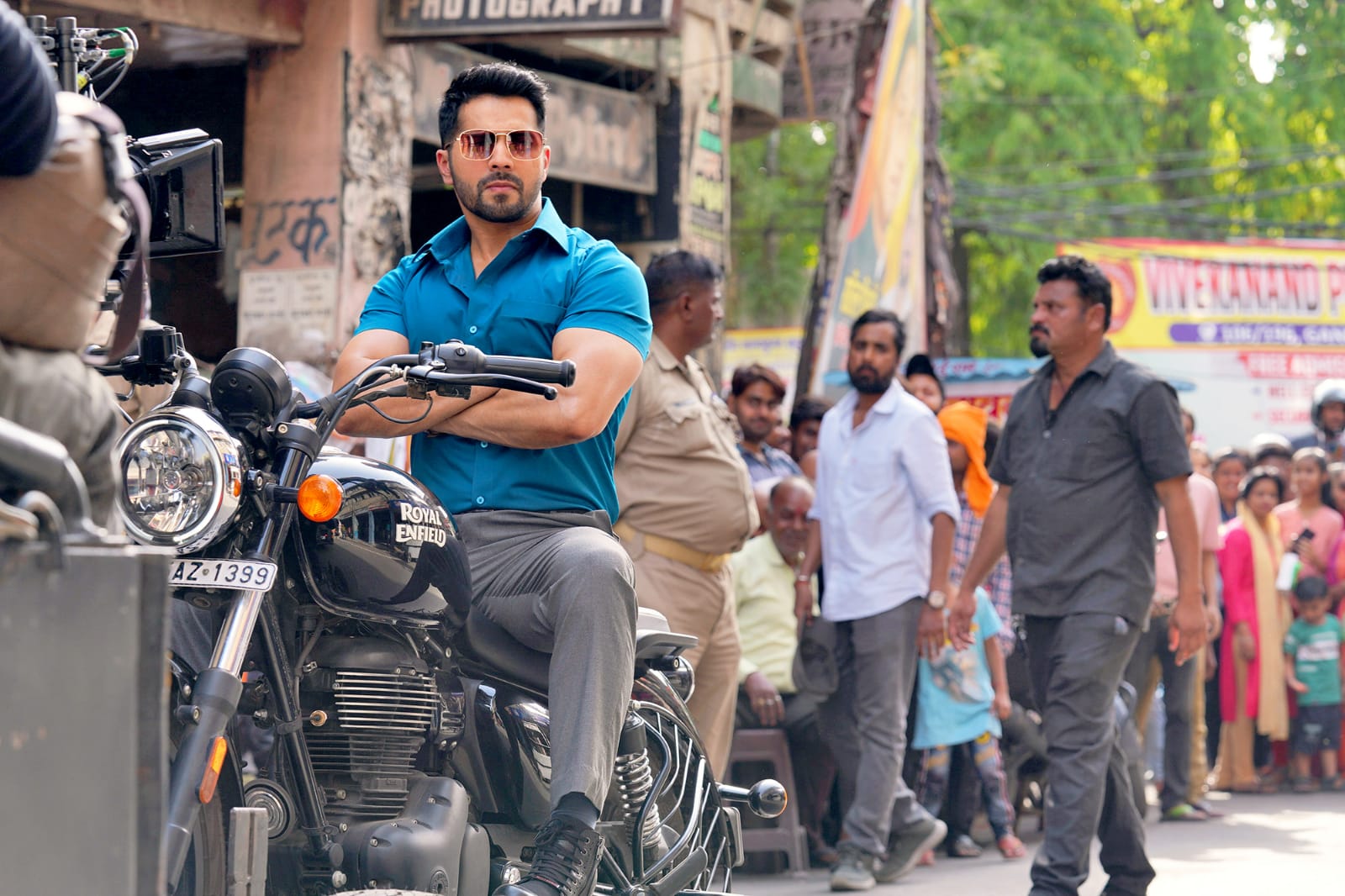 The Mahurat of the film happened just about a week back in Lucknow, where it is currently being shot. It was in March end that the project was announced. Janhvi Kapoor shared the announcement on her official Instagram account and wrote, “Joining hands with two of the finest, #SajidNadiadwala and @niteshtiwari22 ✨ I’m so grateful and happy to announce my next, #BAWAAL starring opposite @varundvn ♥️ See you in cinemas on 7th April 2023.”

Varun, apart from this film, will be seen in Bhediya opposite Kriti Sanon, and Sriram Raghavan’s Ekkis. Her also has Jug Jugg Jeeyo in the pipeline, a film that will also star Kiara Adavni, Neetu Kapoor, Anil Kapoor, Prajakta Kohli and Maniesh Paul. His Bawaal co-star Janhvi Kapoor is just as busy with films like Mr. and Mrs. Maahi opposite Rajkummar Rao, Good Luck Jerry in her kitty.

PPF Calculator: How to Get Over Rs 18 Lakh Return With Monthly Investments of Rs 1,000